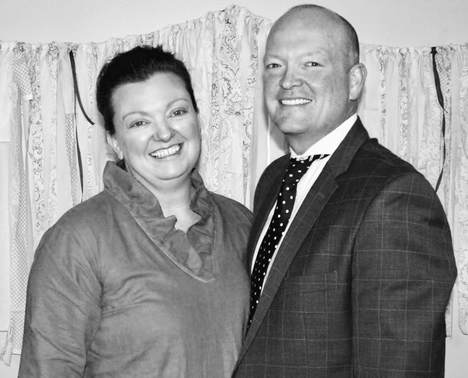 Brian Henderson became Pastor of ALT in September of 2015. He and Amy are striving to faithfully and effectively fulfill the duties of their calling.


He was born in Flint Michigan. At only five weeks old his family moved to Houston Texas where he spent almost all of his upbringing. In 1992 he went to Indiana Bible College. After a short time there he began to pursue his ministry calling. In September of 1994 he and amy married. They have been involved in various ministry capacities ever since. Serving as youth pastor at Victory Church in New Albany MS (1995-1997). Then serving as Pastor of Faith Pentecostal Church in Friendship TN (1999-2002). After spending 2 years evangelizing and running his construction business they went to pastor Windfall Pentecostal Church in Windfall IN (2004-2011). In each of these ministry offices they have been blessed to reach-connect-and disciple many souls in to the kingdom of God.


Pastor Henderson has traveled around the world ministering to nations in conferences and camp meetings and has seen miracles of biblical proportions. He has served the kingdom of God in ministry for 29 years and has no plans of stopping.


Amy Henderson
While she may not hold the title that includes “pastor,” if your learning about ALT, you want to know Amy. She is the pastor’s beloved wife and friend to all.


As a child her family began ministering as children’s director at Bethlehem Church of the Lord Jesus Christ in Potts Camp MS. She grew up attending and participating in her home church. Amy was of the fist class of Bethlehem Christian School to start in kindergarten and go through to graduation. She went on the North East Community College and Itawamba Community College. After deciding to change her major she took some time off (25 years). She then attended The University of Mississippi (Ole Miss) and graduated with her bachelors in Psychology in 2017.


Since her graduation Amy has used her education to advise others and minister both at home and abroad. Her plans are to help others in their attempt to clarify life’s challenges and conquer their battles, inward and outward. The best it yet to come. She has blessed ALT with her teaching and even more by her example of Godly living.